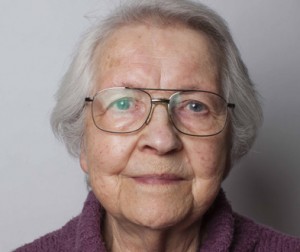 Shared by the British Library under the creative commons license.

Mary Coombs was born and raised in London and went on to become the first woman to work on commercial computers. In 1953 Mary not only became the only woman to work on the J. Lyon’s & Co. machine, but also the only non-mathematics graduate having little interest in the subject and completing a degree in French and History but having little interest in the subject.

Mary Coombs, born in London in 1929, studied French at Queen Mary, University of London. She worked for J.Lyons & Co and contributed in the construction of the first computers used for commercial purposes, the LEO computers, becoming the the first female commercial computer programmer.

Mary Coombs was born in London in 1929. She lived her first years in Essex and then her family moved to Surrey. Her father was a medical officer for the catering firm J. Lyons & Co. and her mother gave up work to started a family. Coombs’ father had the strong belief that women should have their own career and passed this to his daughters. Mary’s younger sister became a microbiologist and bacteriologist.

Mary Coombs went to all-girls private school and in 1948 started studying French and History at Queen Mary, University of London. After graduating from the university, she had a holiday job at J.Lyons & Co. then subsequently moved to Switzerland to teach English to secondary school children. Obeying to her father's requests to return home Mary returned to England a year later for a temporary job in the same Lyons office eventually becoming a management trainee. J. Lyons & Co was a big food company and, during that period, the managers were interested in finding out about sales trends which led them to start thinking about having electronic computers leading them to develop the Lyons Electronic Office (LEO). The LEO machine, a pioneer as the world’s first business owned and run computer was launched in 1951 filled an entire room and used just 2 kilobytes of memory.

Through her father’s Bridge friends Coombs heard about LEO, becoming the only woman and non-mathematics graduate to take the LEO Appreciation Course – a week-long course and test to select new staff for the LEO division. In 1953 Coombs became the first and only woman to work on LEO in.

The first applications of LEO computers were to calculate payrolls for employees. Mary quickly improved the programs according to the customers needs. Coombs continued to write LEO programs including often working overtime due to work pressure especially during the first years. However, the salary at the time was not the same for male and female workers.

Mary Coombs and her husband were co-workers on LEO, meeting in 1954. Coomb’s daughter was handicapped, leading Mary to decide to work part-time from home during 1963-1969, when the company could not employ her any further. Her daughter died at the age of six and, later on, she and her husband adopted three more children. After having three years off work, she became a primary school teacher in a private school. She quit teaching after having educational differences with the headteacher of the school, and, since then, she has been teaching piano, running the church choir as well as doing other hobbies.